We recently received a query about accessing digital sources internationally. Here’s a bit of my response that may be of more general interest:

First, membership in professional societies can provide some access to digital sources. For example, the AAR provides access to journals via JSTOR. For a limited time AAR membership also allows access to Bloomsbury/T&T Clark volumes. Membership in the Renaissance Society of America allows access to EEBO. Obviously the Post-Reformation Digital Library was conceived in part to address the need for digital access to primary source material. Many of these societies have reduced rates for student membership.

Second, you can register for limited access to some databases for free. For example, registering with JSTOR allows a certain number of free downloads and access to some content across the site. Similar programs are likely to be found with other databases and aggregators.

Puritan Reformed Theological Seminary has posted their Winter/Spring 2016 course schedule. Included is a graduate level, 3 credit hour Latin reading course in early modern Latin that runs from January 19, 2016 to May 6, 2016. We will meet on Monday and Thursday from 3:10 – 4:25 PM (EST). The primary focus of the course will center on Latin used in Theology and Philosophy from the early modern period, but matters of civil and canon law are addressed at several key points where relevant. We will be working through terminological and grammatical matters of scholastic Latin. As a secondary focus, we will address matters, as they occur, that intersect with research methodology and beginning paleography (early modern print and manuscripts, as well as diplomatics). Finally, we will discuss matters of transcription and preparation of a critical text. Class assignments will be selected readings in various genres as well as introductions to early modern reference materials and resources. Along the way, we will also discuss digitization of rare book sources as part of a student’s research process in conjunction with projects like PRDL and LEMPT at the Junius Institute for Digital Reformation Research. For ThM and PhD students, a component of the course is a dossier of translations around a core set of documents that will be determined by the student in conjunction with the professor. This dossier is intended to assist students in their ongoing research or in the development of further research interests for their degree requirements. Space is limited so start planning now. A couple of items for your information:

For more information, please direct your inquiries to the registrar at PRTS, Jonathon Beeke, you can e-mail him or call him directly at (616)-432-3408. Stay tuned, the syllabus will be available through PRTS soon. 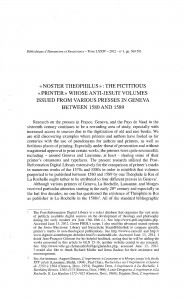 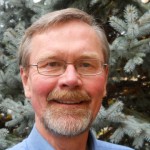 The call for papers is out for this year’s meeting of the Sixteenth Century Society & Conference to be held in New Orleans, October 16-19, 2014.

Of special note is a CFP for “Early Modern + Digital Projects and Computational Methods.” I have been pleased to see a slow development in recent years of digitally-themed presentations and panels at SCSC, and this CFP promises to help continue that positive momentum.

Be sure to check out the “Call For Papers, Panels and Posters,” and stay tuned for details on presentation plans for a session or two sponsored by the Junius Institute.