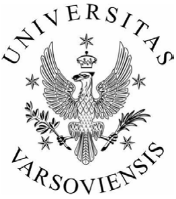 Courtesy of our friends at the University of Warsaw’s Committee on the Study of Reformation in Poland and East-Central Europe, including PRDL editorial advisory board member Piotr Wilczek, here is some information about post-doctoral fellowship opportunities in Poland for the research project, “The Traditions of Mediterranean Humanism and the Challenges of Our Times: The Frontiers of Humanity.”

The application deadline is June 23 and proposals related specifically to the Reformation/Reformations are welcomed for the special section of the project, “Universal Reformation: Intellectual Networks in Early Modern Central Europe.”

Prof. Wilczek can be contacted directly for more information about this opportunity.

Given the connections between the Junius Institute and Calvin Theological Seminary, and in particular the relationship between the doctoral program in historical theology at the seminary and the work of the institute, it seems appropriate to note the following “save the date”:

Dr. Muller is the P.J. Zondervan Professor of Historical Theology at the seminary and a senior fellow with the Junius Institute. Among his many contributions to scholarship and the church, Dr. Muller gave a noteworthy inaugural address at CTS in 1995, “Scholasticism and Orthodoxy in the Reformed Tradition: An Attempt at Definition.”

More details about the program will be posted as they become available.

I had the privilege yesterday of attending the successful defenses of two Ph.D. candidates at Calvin Theological Seminary under the supervision of Dr. Richard Muller, senior fellow of the Junius Institute and PJ Zondervan professor of historical theology at CTS. These two projects are fine examples of the importance of dissertation research for a variety of reasons, including those highlighted previously by David Sytsma. A number of dissertations from the CTS program are available here.

The first dissertation defense yesterday was by Ted Van Raalte, a contributing editor at the Post-Reformation Digital Library and newly-appointed professor of ecclesiology at the Canadian Reformed Theological Seminary. 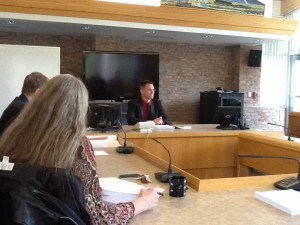 One of the aspects of the digital age that is especially exciting is the ability to interact not only with source texts but to recreate early modern contexts.

The Virtual Paul’s Cross Project is particularly fascinating. The project is conceived as “a digital re-creation of John Donne’s Gunpowder Day Sermon” at Saint Paul’s Cross in 1622. The project is multi-sensory, including a 3D digital model as well as an acoustic model and the full sermon from a variety of perspectives.

Here’s an HD fly-around of the visual model:

Check out too the process of developing the sermon script itself and the text history.

Take some time to explore the project! There’s also a nice overview provided over at Early Modern Online Bibliography.

Some years ago I was working on the publication of a short translation of the Jesuit scholar Juan de Mariana’s De monetae mutatione. Back when the original translation had been commissioned, one of the only readily available domestic copy of this seventeenth-century treatise was held at the Boston public library. The translator, Fr. Patrick T. Brannan, worked off of that manuscript in producing the translation.

As I worked on editing the text for further publication, I needed to consult the original to clear up a few editorial queries. But I did not have a copy of the treatise by Mariana easily at hand to do some comparison. So naturally I went over to the Post-Reformation Digital Library to see if the original was listed among the site’s contents.

I was not disappointed. There were in fact multiple copies of the collection of treatises which included De monetae. Mariana’s treatise, De monetae mutatione, was the fourth of seven treatises published together in 1609 in Cologne. Via the PRDL I quickly downloaded a version.
END_OF_DOCUMENT_TOKEN_TO_BE_REPLACED