Grand Rapids, Mich. (April 22, 2013)—Scholars and students have a new research center devoted to developing digital tools, resources, and scholarship focused on the religious reformations of the early modern era, particularly arising out of the Protestant Reformation of the 16th century. 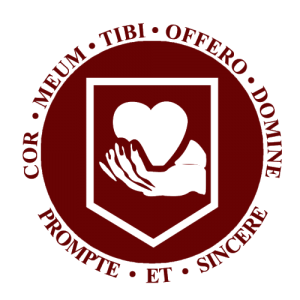 The Junius Institute for Digital Reformation Research of Calvin Theological Seminary is a natural fit for the seminary community, seminary president Julius Medenblik said. “We’re pleased to see the ongoing efforts of faculty, students, and alumni of the seminary develop into a formal home for projects with exciting possibilities for coming to a better understanding the multi-faceted legacy of the Reformation,” he said.

The institute is conceived as a forum to promote research into the Reformation and post-Reformation periods, covering the 16th to the 18th centuries, through the use of digital tools, skills, and resources. The Junius Institute will house the Post-Reformation Digital Library (PRDL), an electronic database covering thousands of authors and primary source documents on the development of theology and philosophy in these centuries. With the click of a few buttons, researchers can now download digital files with source material from hundreds of years ago. Before recent large-scale digitization efforts, like those undertaken by Google and many European libraries, access to these kinds of sources had been difficult, costly, or even impossible. In some cases sources were simply lost or unknown.

The PRDL began as a collaborative project to gather a list of digital sources by doctoral students in historical theology in 2008. “It quickly became apparent that there was a great need for a tool to collect and organize the wide array of digital sources available from digitization projects all over the world,” said Todd M. Rester, director of the Junius Institute.

A year later the first version of the PRDL website was launched in partnership with the H. Henry Meeter Center for Calvin Studies at Calvin College and Seminary. After launching an expanded and upgraded website in 2011 the group behind the PRDL began to focus on realizing a stable institutional environment for creating and catalyzing similar projects.

“We are investigating ways of applying what we’ve learned and gathered in the process of producing the PRDL to create different ways of disseminating and displaying research,” said David S. Sytsma, who serves as research curator of the Junius Institute. He emphasized the need to continue to expand and develop tools like the PRDL as well as to seek out new projects, including digitization of sources, pursuing collaborative partnerships with libraries and research centers, implementing crowdsourcing strategies, and using mapping and GPS technologies to illustrate the dynamic networks of communication and exchange in the early modern period.

“The PRDL began as a labor of love by a group of like-minded researchers,” Rester said, “but we soon found that the scale of the project and the possibilities for other tools demanded some significant investment of time and resources.” The Junius Institute provides a framework for keeping a project like the PRDL up-to-date as well as for connecting the seminary community more closely with broader scholarly trends. Richard A. Muller, the P.J. Zondervan professor of historical theology at CTS, explains: “Academic research has been revolutionized by the recent progress of digital tools and methods. We see this in a variety of fields, from science and medicine to art and literature. The Junius Institute and projects like PRDL represent the latest developments in the realms of intellectual history and the theology of the early modern period.”

Other staff members of the Junius Institute include research fellow Albert J. Gootjes of the Netherlands, a doctoral alumnus in historical theology at Calvin Theological Seminary, as well as associate director Jordan J. Ballor, who holds a doctorate from the University of Zurich in Switzerland and is also currently a doctoral candidate at Calvin Seminary. All of the staff members have direct ties to the seminary as faculty and current or former students.

About the Junius Institute

The Junius Institute for Digital Reformation Research of Calvin Theological Seminary seeks to further the advancement of studies in early modern (ca. 16th to 18th century) theology and interconnected disciplines through the use of digital research tools, skills, and sources; to foster the presentation, preservation, and public use of primary and secondary sources within the public domain; and to encourage via educational and curricular means the study of the documents themselves, their content, as well as the technical skills required to interpret and analyze these materials.

Founded in 1876, Calvin Theological Seminary is the oldest denominational ministry and the sole theological seminary of the Christian Reformed Church in North America, which is comprised of approximately 250,000 members in over 1,000 congregations across the US and Canada.