Our colloquium series has been on hiatus recently, and will no doubt be more occasional in the future. But even so, we’re happy to announce an upcoming colloquium here in Grand Rapids at Calvin Theological Seminary.

Jake Griesel, a doctoral candidate in historical theology at Peterhouse, Cambridge, will be joining us to discuss, “The Thirty-Nine Articles and the Preservation of Reformed Orthodoxy in the Post-Restoration Church of England”

Here’s a description of the talk:

The theological landscape of the post-Restoration Church of England has long been depicted in the conventional historiography as having been marked by a near total collapse of Reformed orthodoxy and the steady dominance of ‘Arminianism’. In his Anti-Arminians (2008), Stephen Hampton strongly challenged this narrative by demonstrating that Reformed orthodoxy retained a strong mainstream presence within the Church of England between the Restoration (1660) and the Hanoverian Succession (1714). Building on Hampton’s work, this paper will consider how the Church of England’s Thirty-nine Articles, along with her Homilies and the broader witness of the English Reformation, functioned polemically as post-Restoration Reformed conformists endeavoured to preserve Reformed orthodoxy as the official orthodoxy of the established Church. 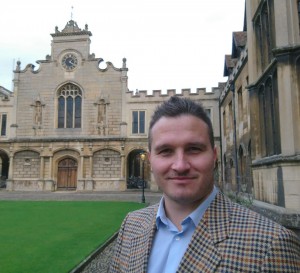