Last Wednesday Calvin Theological Seminary held a celebration of the 20th anniversary of the school’s doctoral program. Part of the agenda included a lecture by Richard A. Muller, the P.J. Zondervan Professor of Historical Theology at Calvin, who also serves as senior fellow of the Junius Institute. Dr. Muller and Dr. Ronald Feenstra were two of the key faculty appointments at the founding of the doctoral program, and Dr. Muller’s talk focused on the past, present, and possible futures of the doctoral program.

After Dr. Muller’s lecture, Dr. Feenstra introduced an item for the event that did not appear on the schedule: the presentation of a Festschrift to Dr. Muller on the occasion of his 65th birthday this past weekend. I served as a co-editor of the volume along with Dr. David Sytsma, the research curator at the Junius Institute, and Dr. Jason Zuidema. The three of us spoke about the volume and presented a copy to Dr. Muller at the event, who was taken by surprise at the gift and treated to a standing ovation. 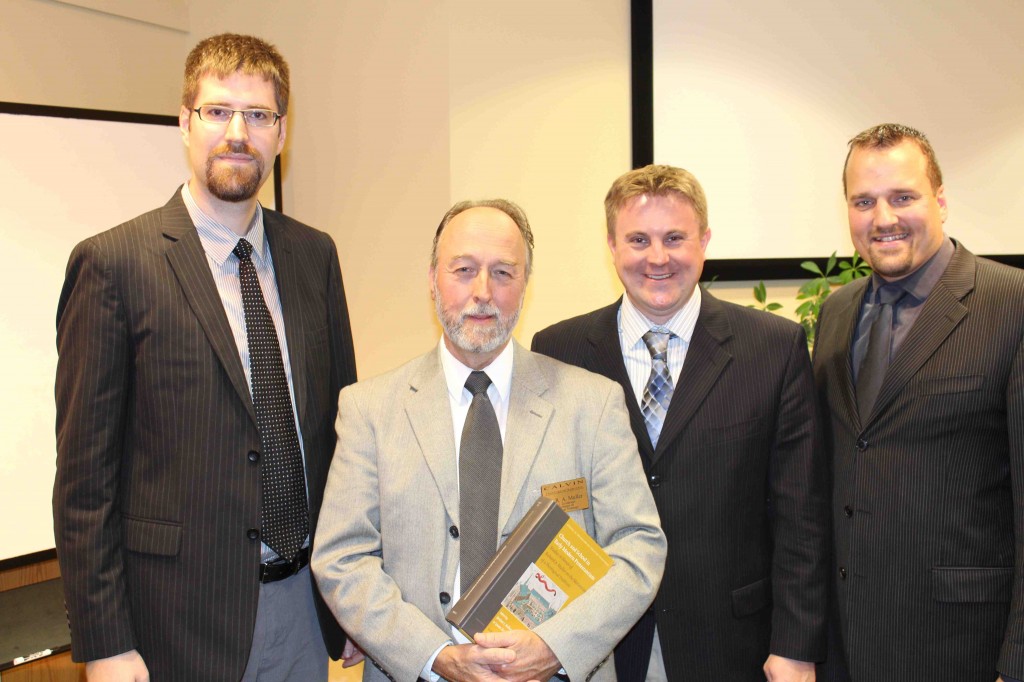 The Festschrift is published by Brill, and appears as no. 170 in the Studies in the History of Christian Traditions series, a series which was founded by Heiko A. Oberman, who was the doctoral supervisor of Dr. Muller’s own supervisor, David Steinmetz of Duke Divinity School. The theme of the volume is captured by the title: Church and School in Early Modern Protestantism: Studies in Honor of Richard A. Muller on the Maturation of a Theological Tradition. As we write in the acknowledgements and dedication:

The scope and scale of Richard Muller’s influence on more than a generation of scholarship of the Reformation and post-Reformation periods is unlikely to be properly appreciated in the near future. But this volume represents an initial attempt toward that end. The size of this collection of essays produced in his honor is merely emblematic of the literature inspired by his helpfully revisionist career. The variety of the essays, both in terms of content as well as in terms of the institutional affiliations of the authors, speaks to the diverse audiences in which Richard’s insights have found positive reception. In attempting to find a unified theme around which to organize this Festschrift, the dynamic relationship between the church and the academy, between the pulpit and the lectern, was chosen, not because it exhausts the implications of Richard’s work, but because it represents one of the key insights of his approach to the sources.

The volume includes work from 55 different contributors, whose variety of institutional affiliation, geographical location, and research interests speaks directly to the significant of Richard Muller’s intellectual legacy. The volume runs in excess of 800 pages, including a 40 page bibliography of Dr. Muller’s work.

You can view photos from the celebration here, and the video of the entire event is available here. A full list of the contributors to the Muller Festschrift in alphabetical order follows, and you can download a table of contents for the volume here: